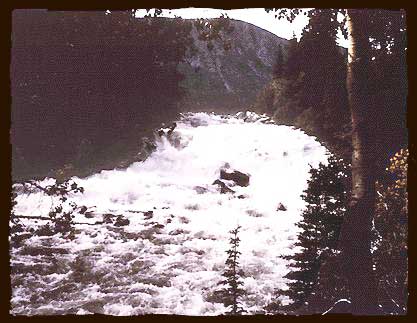 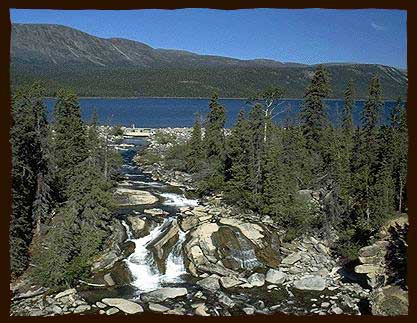 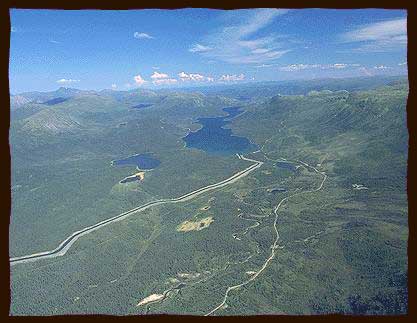 Nadèlin (Otter Falls) was once known for its scenic beauty and was featured on the reverse of the old five dollar bill. Water flows out of Aishihik Lake, through Ädäts’ür Mǟn (Canyon Lake), over Nadèlin (Otter Falls) and along the Aishihik River before joining the Titl’àt Mǟn Tágà (Dezadeash River). When the hydroelectric dam was installed at the south end of Aishihik Lake, water was diverted away from the falls to flow through the turbine and into the West Aishihik River. Little water now flows over Nadèlin.

There is an old village at the north end of Ädäts’ür Mǟn (Canyon Lake) where five or six houses once stood. There are two old cabins still at Nadèlin (Otter Falls). One belonged to Bill Jamieson. The Southern Tutchone people would stay at fish camps above Nadèlin (Otter Falls) in July and August, catching and drying whitefish and trout for their families, as well as pike for the dogs.