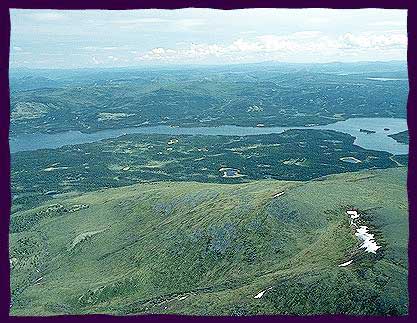 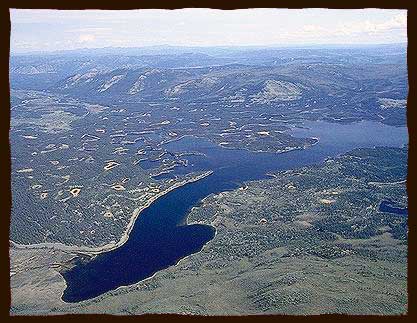 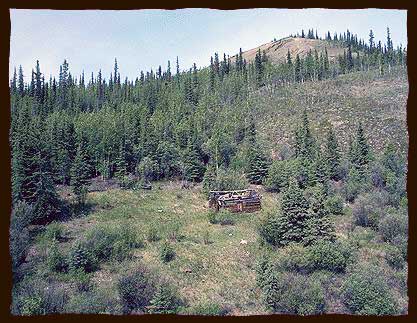 Tatay Mǟn is a large lake north of Aishihik which is used as a favoured fishing place. The name Tatay refers to the point of land between the two bays on the north side of the lake.

Between Tatay Mǟn and Polecat Lake there is a narrow channel. Here, in November, łù shäw or chäghür (broad whitefish), come to spawn. The fish are so rich they can not dry in the summer. So Äshèyi people come in November to catch, clean and freeze them. The eggs are a special delicacy and are frozen to be later boiled or fried. The Smith family and others set nets in the bay on the Tatay Mǟn side of the channel but, at an earlier time fish traps were put in the channel. Łù shäw and pike are caught in the lake, but not trout, grayling, or ling cod. In earlier days, people would fish until the lake froze then return to Äshèyi.

Charlie Stevens had a trapping cabin at the north end of Pole Cat Lake. In November he and his wife would go there to hunt and trap all winter around Tatay Mǟn and Tatay Dhǟl, the mountain to the northwest.

In midwinter Äshèyi people still set fishnets through the ice on Tatay Mǟn.