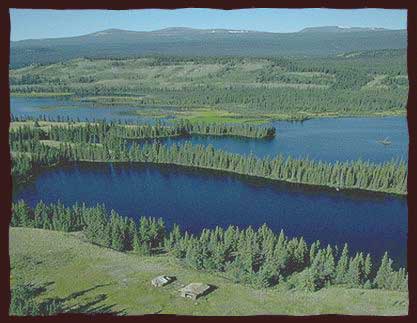 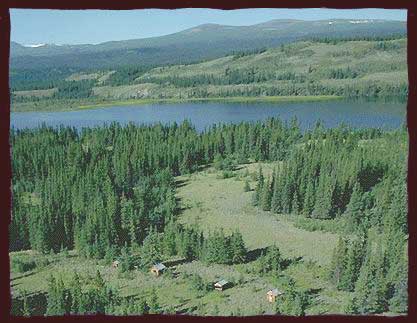 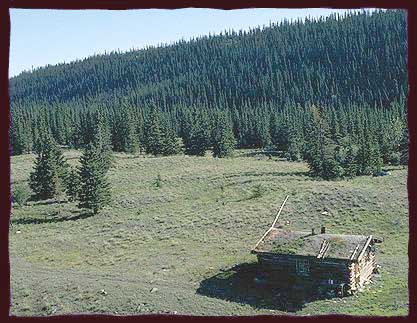 The lake shown on the map is one of a series of lakes which all have individual names in Southern Tutchone. Collectively they are called Hutshi Lakes in English. Many Southern Tutchone prefer the spelling Hutchi but Hutshi appears on maps. The Southern Tutchone name for this particular lake is pronounced and translated in more than one way. Mrs. Bessie Crow suggests that the name refers to a type of whitefish (chu yäna) found in this lake.

The name Hutshi is from the Tlingit language. Until recently it was thought to be from Hûch’i Âyi, meaning ‘the last lake’, but John Adamson gives the name as Hûch’i-àyí ‘the last one’ referring to packs. Hutshi was an important trade centre on the old Chilkat trail to the interior.

No one lives at Hutshi today, but some of the old cabins are still standing, and there is a prominent graveyard with many headstones and fences. People continue to use the old trails to get to this area to hunt, trap, and fish, as there is no road into Hutshi. This was the original homeland of the Champagne people, who began to move south with the establishment of the trading post in 1902. Some of the other residents of Hutshi moved to Aishihik as well.