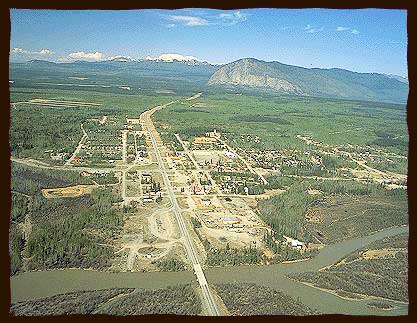 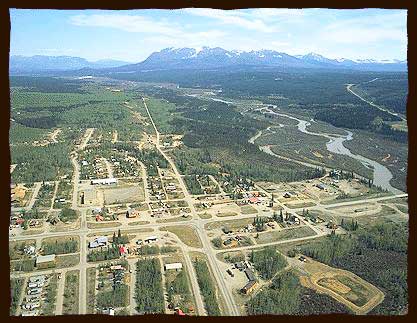 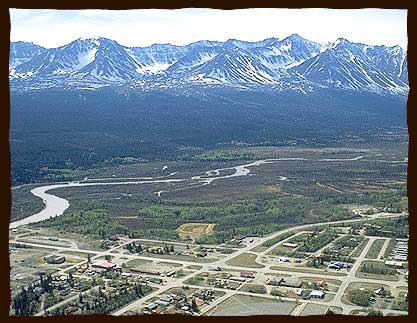 Dakwằkằda is situated on the Titl’àt Mǟn Tágà (Dezadeash River). It is at an intersection of traditional travel routes. It was a convenient place to cache meat hunted in the nearby mountains. The caches were at the site of the new village of the Champagne and Aishihik First Nation.

In the 1940’s, during World War II, the US army built a highway from Haines Alaska on the coast to join the Alaska Highway. A pipeline was also constructed. Where the two highways meet was called Haines Junction. This was a major supply and accommodation centre during the construction period.

Southern Tutchone people relocated here from Champagne, Canyon and Aishihik, beginning in the 1940’s. In the early 1970’s Kluane National Park was established with headquarters in Dakwằkằda. The town now has a population of more than 500 and is headquarters of the Champagne and Aishihik First Nations.