Dákeyi is Dedicated to the Memory of 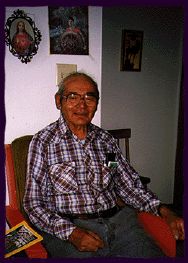 Mr. Sam Williams was a regular guest in the Southern Tutchone language Classes at F.H. Collins Senior Secondary School in Whitehorse. In fact, he was the founding Elder of the Athapaskan language classes offered there for students in Grades 11 and 12 beginning in 1989. He drove in from Haines Junction on many occasions to share his knowledge with the students, both native and non-native, who appreciated his hands-on approach to demonstrating various aspects of traditional culture.

Mr. Williams was of the Crow clan and was born and raised in the old village of Aishihik. He was named after his mother’s brother, the late Mr. Sam Isaac. He credited his father and grandfather as the source of most of his traditional knowledge. His wife died when his children were young, so he raised them with the help of his sister. His interest in young people, his patience, and his creative use of models in teaching made him a favorite Elder with all the students.

Sam Williams also assisted the Yukon Native Language Centre staff in documenting traditional place-names and land use in the Aishihik and Nisling River regions. His wisdom and his kindness will be long remembered. 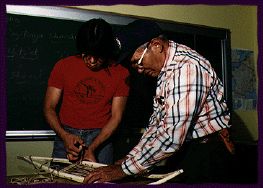 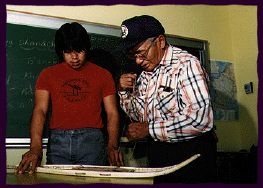