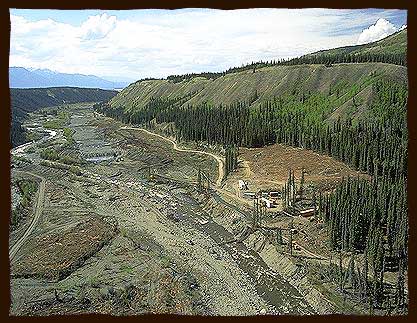 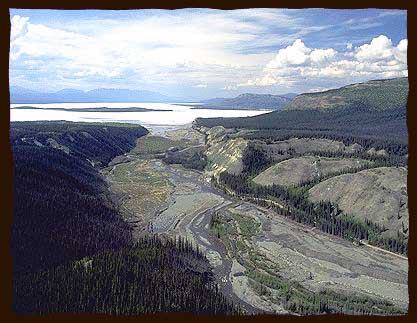 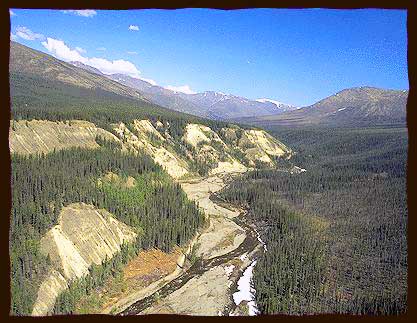 Tthe Yì Chù ‘running through rocks’ refers to the steep, rocky canyon which the Southern Tutchone used to pass through when travelling between the Aishihik and Burwash areas. Two creeks, Gladstone and Isaac, run out of the canyon. Gladstone flows westward into Kluane Lake, and Isaac eastward into Sekulmun Lake. The trail was used in summer and winter. Along the way people would hunt the abundant sheep, goats, moose, groundhog and other animals.

Hunting sheep in the traditional way involved much skill and organization. Snares were set along the sheep trails or near the sheep licks. A noose would be hung in a crevice or other path narrowing. Then people would quietly, gently drive the sheep toward the snares. The snares were made of babiche, stripped caribou hide cut into strands. From 18 to 24 strands were assembled into a babiche cable which was also strong enough to get caribou. While drying, the cable was stretched between two trees and people would tend to it by bouncing on it to keep it from shrinking and becoming brittle.