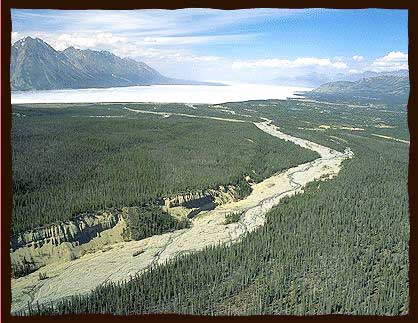 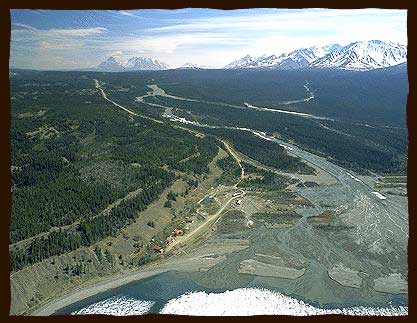 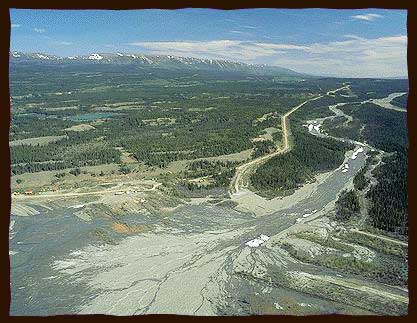 Long ago the people of Kluane Lake used to live much of the year at Män Shìè’aya ‘where the lake branches off’. This is located where Silver Creek runs into Kluane Lake, and includes the area where Silver City and the abandoned settlement of Kluane are found. There was much fishing activity at Män Shìè’aya and the Chilkat Tlingit used to come here to trade. The horse freight trail went as far as Silver City from where it was barged. During the 1903-1904 Kluane gold rush, the area became crowded and the Southern Tutchone people moved either across the lake to what is now Burwash Landing, or to the east to Kloo Lake and Bear Creek, and later eventually to Haines Junction.

Jack Allen, his brothers and their families used to hunt and trap in this area many years ago. This was before people moved to Haines Junction. A fox and mink farm was once operating here. Native people still live today at Silver Creek. The Kluane base camp of the Arctic Institute of North America is also located at Silver Creek.

When the lake was open, steamboats from here carried the supplies brought from Whitehorse to Burwash Landing. The site also served the Chisana gold rush of 1913. When the wagon road was extended around Kluane Lake and the Burwash gold discoveries were made in the 1920’s, Silver City declined. The town was largely abandoned by 1924, when mining activity in the area ceased. In 1942, during the Alaska highway construction, a construction camp was located at Silver City. Approximately 23 structures remain at Silver City, including the military complex, the N.W.M.P. post, and fox farming pens and buildings.