The Southern Tutchone people have traditionally occupied a large region of southwest Yukon and adjacent areas of British Columbia. Their Athapaskan language is phonetically rich and tonal, one of the most strikingly beautiful languages spoken in North America. It has been taught in school programs at Burwash, Haines Junction and Whitehorse, and has been the focus of elementary, high school and college-level classes.

Place-names feature prominently in Southern Tutchone oral narratives, and virtually all their traditional territory is named in the language. Dákeyi (Our Country) was developed specifically to meet the needs of high school students and others studying Southern Tutchone language and culture. 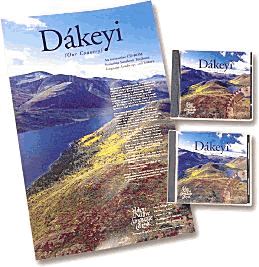 The CD and now web format allows text, sound, colour pictures, and even movies to be combined to present information in an interesting and effective way. The ability to use sound is especially important where language is involved. Students today have diminishing opportunity to hear Southern Tutchone spoken. Longer passages in Dákeyi have an on screen controller which allows students to play parts repeatedly, at their own speed, to correctly master tone and other nuances of the language. 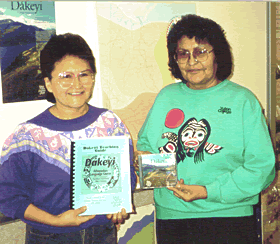 Centre staff worked on this project for several years in the 1990’s. The research was the most time-consuming component. Much of what has been uncovered is not recorded anywhere else. This information comes from the memory of living people. Centre staff interviewed a number of Southern Tutchone elders who are intimately familiar with each area. Elders were invited into the centre to work with maps and photographs of places. Visits and telephone calls were made to elders at home. There has also been extensive research of print and other materials in libraries and archives. Reports of early non native travellers can supplement or illuminate native traditional knowledge. For some places archival photographs have been used. There is one short film taken for Thomas A. Edison in 1899 showing the Whitehorse Rapids. These dangerous rapids were an important part of Southern Tutchone geography and they can no longer be seen because of the power dam. The film shows how dangerous they were. For each area, high quality photographs give an idea of the geography. At times adequate photographs can be made from the highways, but many photographs of hard to reach places had to be taken by helicopter.

Many more places could have been included in this project. There are aboriginal names for many geographic features which remain unnamed on maps. Much traditional knowledge of Southern Tutchone geography still waits to be recorded. It may be feasible in future to add other significant sites as the information on them becomes available. YNLC also hopes to be able to produce similar multimedia works for other language areas in the Yukon. 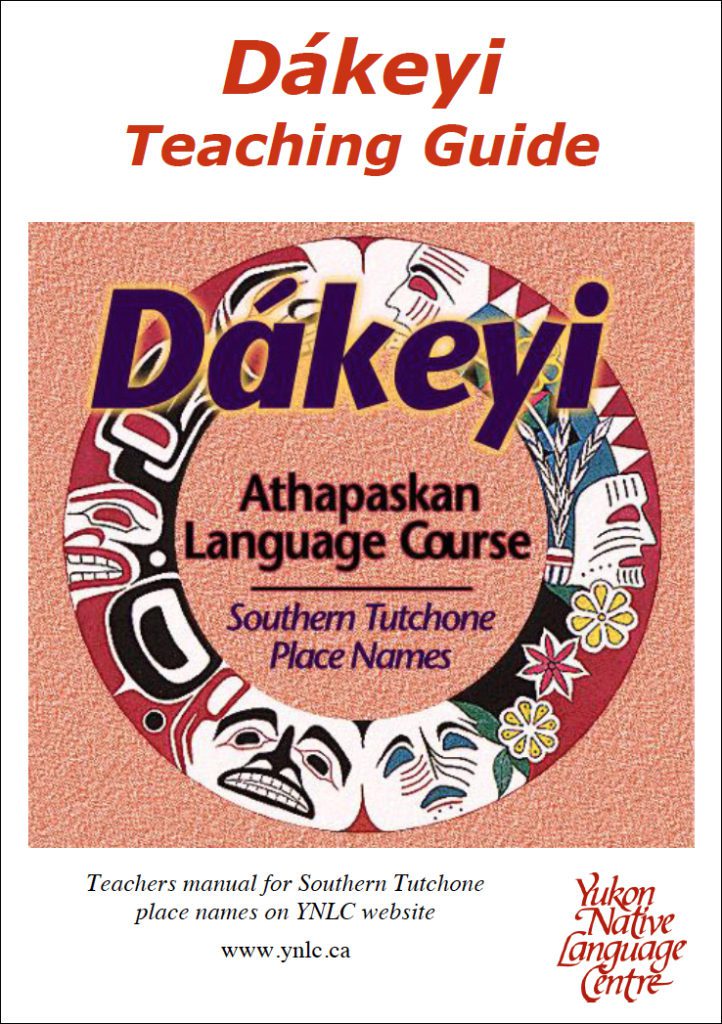 The teachers manual for the CD, Dákeyi Teaching Guide, is available from the centre in draft form and by download or online viewer. It was partly developed by Lorraine Allen who has tested both CD and manual in her Athapaskan culture and history courses at the F.H. Collins and Porter Creek Senior Secondary Schools in Whitehorse. Lorraine developed a set of worksheets, one for each map area, to use with her students. These are included in the web version.