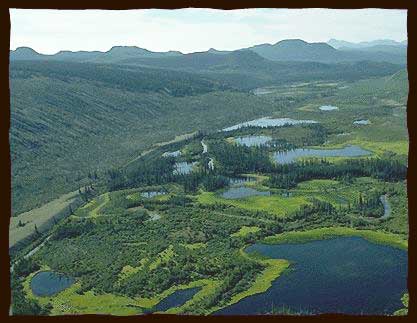 Chemìa is an excellent muskrat habitat in the Nordenskiold Valley 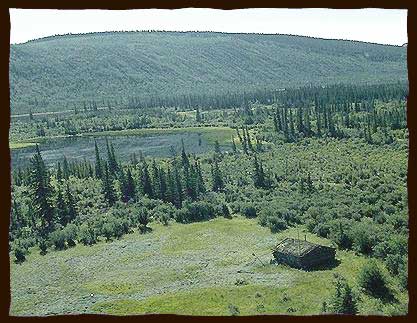 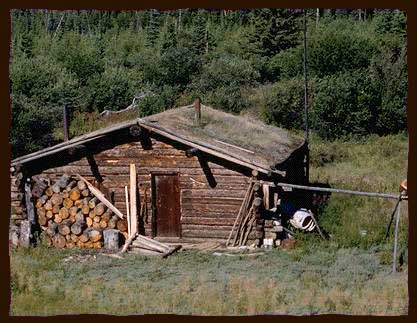 The name Chemìa refers both to a particular lake in the Nordenskiold Valley, as well as to the immediate area which includes several other lakes and a meadow.

Chemìa has long been used as a spring muskrat-hunting area. Chief Paul Birckel notes that the people used to dam up the river to increase the volume of water in some of the lakes. This would create a larger breeding habitat for the muskrats, which then multiplied in greater numbers.

A number of people used to live at Chemìa, including Chief Hutshi Joe and family, Drury Crow and family, and Charlie and Lilly Bill. Harry Joe and his family had a cabin there, and it is still standing. Chemìa is still utilized by the descendants of these people.