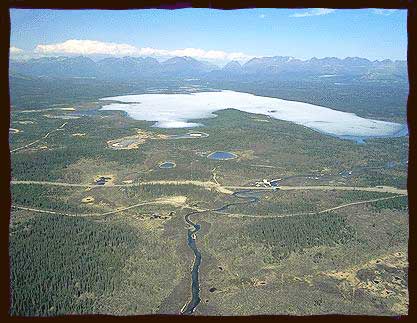 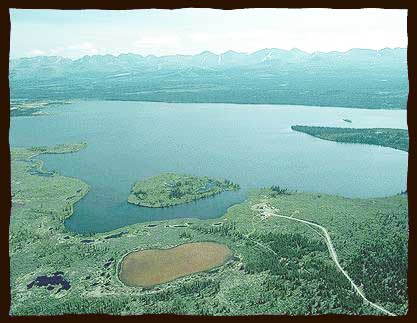 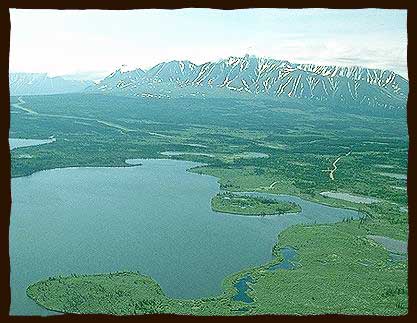 Looking south from K’ǜa Mǟn, with view of older houses

This was a traditional camp of the K’ǜa Mǟn people. Old houses and a graveyard can still be seen in the old village at the west side of the the lake. A trading post operated here, probably between 1904 and 1930. A small sawmill was started in 1905 to supply lumber for mining along the Alsek River and was abandoned a few years later. The new village is at the south end of the lake, close to the highway. It was started in the late 1970’s and is home to about four families descended from the traditional K’ǜa Mǟn people.

The traditional site for fishing is at the north end of the lake. People still go there in fall to set nets for spawning whitefish and trout.