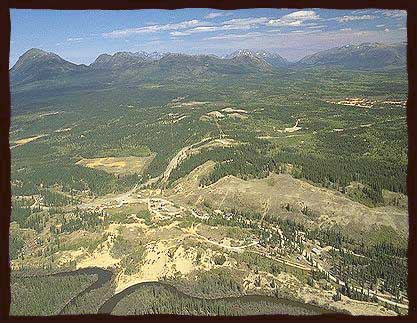 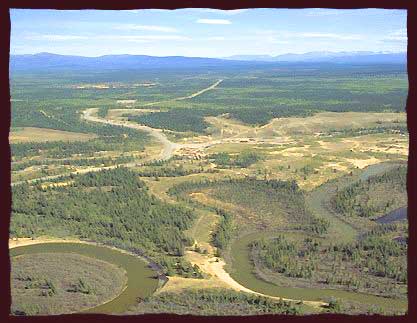 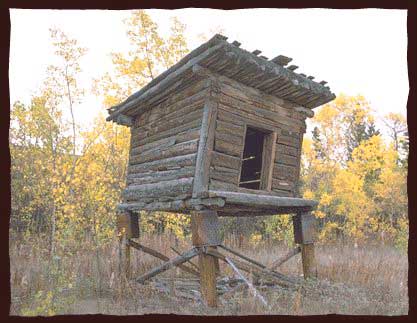 Sha Dhäla ‘little sunny mountain’ is located at the intersection of important north-south and east-west trails used by the Southern Tutchone. Klukshu people from the south and Hutshi people from the north would meet together at Sha Dhäla to trade and share stories of the year’s activities. The north-south trail was also followed by the Tlingit traders traveling between Fort Selkirk and the coast. Later this became known as the ‘Dalton Trail’. The east-west trail later became the Kluane wagon road and then the Alaska Highway.

A trading post was established here in 1902. Shortly afterwards many Southern Tutchone families moved from Neskatahin or the nearby Dalton Post on the Tatshenshini River as the White Pass railroad quickly made the Dalton Trail much less important. They also moved north because they were no longer allowed to hunt in their former range to the south in what was now British Columbia. More of their hunting territory was lost in 1943 with the establishment of the game sanctuary west of the Haines road. The Southern Tutchone lived near the Sha Dhäla post during the winter months, returning to outlying camps during other seasons of the year.

Sha Dhäla was the centre of activity in the region until the Alaska Highway opened. Elder Elijah Smith recalled, “Champagne—that’s where all the good furs came from. Lots of money changed hands there.”

By the 1960’s many people had moved to Whitehorse or Haines Junction but band members still gathered here for funerals and potlatches and returned to the area to hunt and fish. Today Champagne is home to a growing number of people.

On the north side of the road there is a graveyard with spirithouses which belong to the Champagne and Aishihik people.

There is still Tlingit influence in Champagne, and a few older people can speak or understand some of the language.

Jack Dalton established the original trading post here in 1902 and shortly after it was run by ‘Shorty’ Chambers. The Chambers family still lives there.
For administrative reasons, Indian and Northern Affairs grouped the Champagne people together with the Aishihik. The headquarters of the Champagne and Aishihik First Nation is now at Haines Junction.