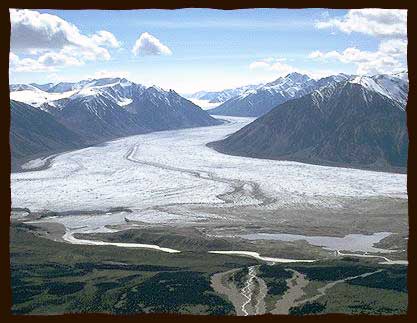 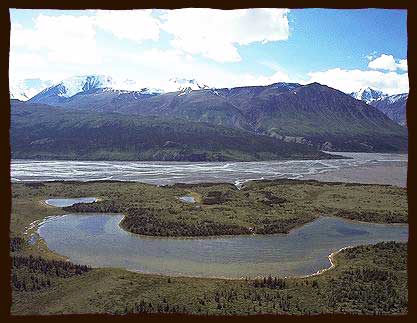 The broad gravel bed of the Donjek River 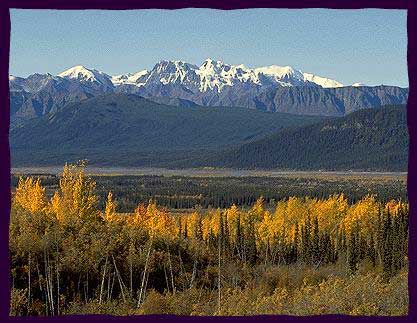 This major river has its headwaters in the glaciers to the south and eventually flows into the White River. The name refers to the white berries or ‘silverberries’ which grow along the river. These are edible and their large seeds were used as beads for decoration. In Northern Tutchone the berry is called dän jắk, and this probably is the source of the English name. Native people have always hunted and trapped in this region. Nowadays the area is used by Burwash people but formerly Southern Tutchone from Aishihik used it as well. There are stories about the giant worms that used to live at the headwaters.

About eight kilometres west of the Donjek, on Lake Creek just south of mile 1146 on the Alaska Highway are the ruins of some log houses examined by archaeologists in the 1940’s. At that time no one at Burwash Landing knew who lived there. The cabin floors were made by removing the earth to the layer of volcanic ash and then spreading down spruce boughs. Stones which were heated and then dropped into moose stomachs to cook food were found on the floors. One cabin had small red pictographs of stylized animals. Among artifacts found were stone tools, a two-sided bone comb with engraved decoration, unusual iron skin scrapers, an empty rifle cartridge, a string of glass beads, and the end of a metal spoon.