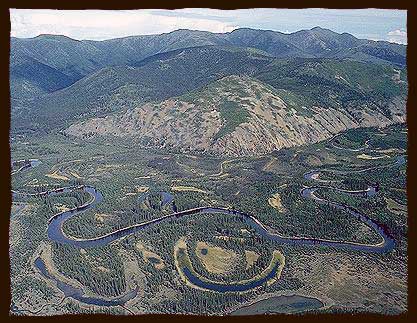 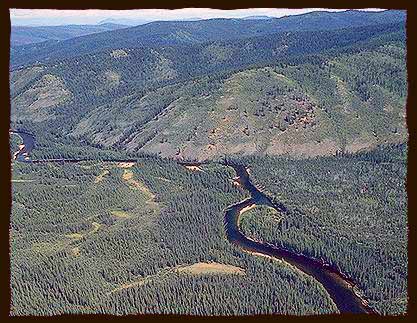 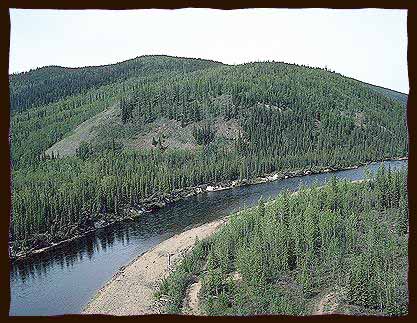 The Nisling River and valley have always been used by native people for hunting, fishing, trapping and berry-picking. There are many specific sites which have been used for generations by Aishihik, Carmacks and White River people.

In July Aishihik people would go north on foot along the trail which leads past Stevens Lake to the Nisling River. Along the way they would hunt moose and gopher, then dry and cache the meat. The crossing at Nį̀įlin is called Kày Nä̀ts ä́ghǜr ‘breaking willows’. It was considered badd luck to cross the trail of an otter. When necessary to do that , you has to break off a willow branch and thrash your legs other wise they would get weak. Every time the family approached Kày Nä̀ts ä́ghǜr, Margaret Workman’s grandmother would tell a story of a man taken by the otter because he did not believe what the old people told him. Still today piles of old dry willow branches van be seen along the banks of the river at this point.

The Aishihik people would proceed down the Nisling river to Tànádlin ‘where the river makes a turn back’, so called because the river is slow here and makes big meandering turns back upon itself. By now it would be August. Old-fashioned cone-shaped fishtraps made from willow were set in the river to get king salmon. The fish was cleaned and dried. Some boys from Aishihik village came with horses to pack the fish out. Sometimes the White River people would come down to help catch fish and share in the harvest.

There is a huge field of wild leeks or ‘onions’ a short way up Tʼàw Zhįą (Tyrell Creek), a tributary to Nį̀įlin. You can smell the onions on the bluff overlooking the field. In the 1940’s and 50’s, the Smith family, the Charlie Stevens family and the Albert Isaac family would camp here for a few days. With sharpened sticks, the children would dig out the onions and wash them. Their mothers hung them up to dry and packed them in a gunny sack. They would be used in soup and stew all winter

The Aishihik people began the return trip around the end of August. The Smith family made a side trip upriver to their winter cabin near Lonely Creek to cache dry fish and meat for the winter when they would return to trap and hunt. They then headed back to Aishihik along the Nansen Creek Trail.