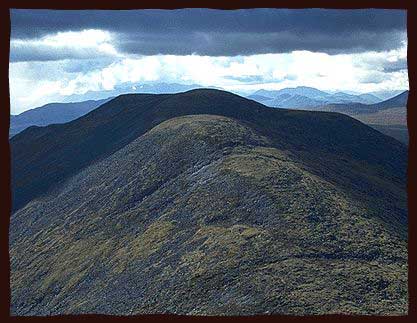 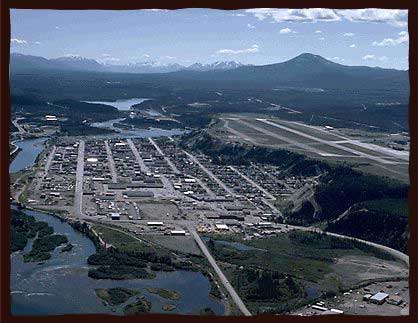 Sima seen from the north end of Whitehorse 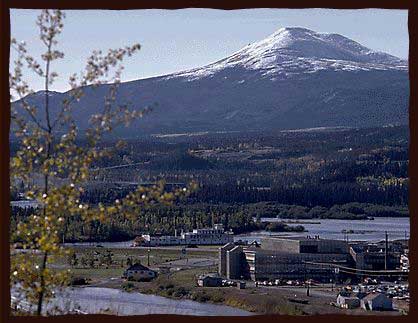 The Southern Tutchone name for this prominent landmark is very old, and it is interpreted in more than one way by local speakers.  Some Elders suggest that Sima refers to ‘ochre’ or ‘red willow’, noting that it is the Southern Tutchone word for ‘red ochre’.  Others say it may be understood to refer to a grey or off-white colour rock, as in the name for Grey Mountain, The may and The ma.

The original meaning of this name has become obscured with the passage of time.  This often happens with place-names in all cultures, where successive generations of use may lead to alternations in meaning and designation.

The designation “Golden Horn” may have been used as early as the 1880s, possibly first applied by miners boating down the Yukon River.  Sima (Golden Horn) is a conspicuous feature in the Whitehorse area.