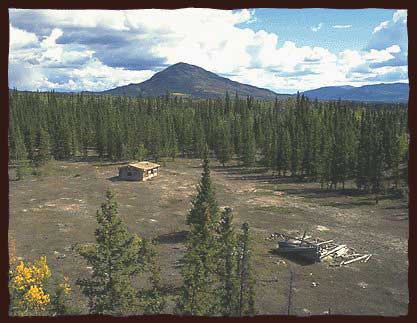 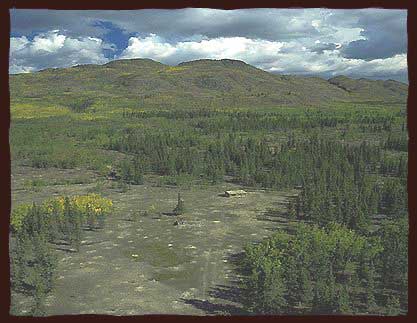 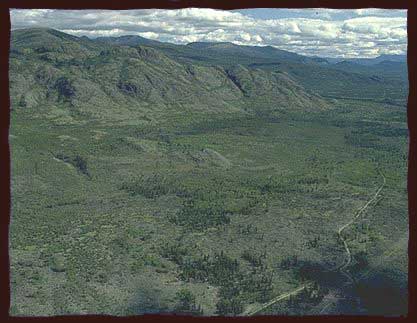 An important fish camp of the Southern Tutchone was located on the Takhini River at the mouth of the Little River, just west of present-day Whitehorse. Here they caught the salmon running up the Little River. The site is called Łǜr Deyèl‘Whirling Dust’ because the soil is very dry there. It is good for camping and snaring gophers. This was also a good place to net trout and whitefish.

Stella and Paddy Jim remember hearing about a potlatch put on here by the Crow people who invited the Tlingit from Teslin. Many also came from Hutshi, Champagne and other areas. There is a graveyard on the bluff. There are some remains of old houses there which once belonged to Johnny Jackson, Johnny Ned (Stella Jim’s father), Mằndằsà (Jim Boss’s father), George Ned, Jimmy Smith, and Jimmy Kudawat. Very little is left, however, because a big forest fire went through the area in 1958.

The old Dawson Trail went by here. There is no longer a bridge across the Little River but there is a power line. Thirty-One Mile is 31 miles from Whitehorse via the Takhini crossing and an extension of what is now known as the Takhini River road.