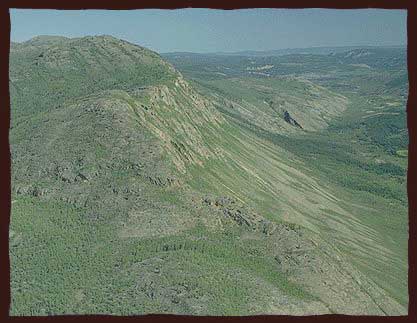 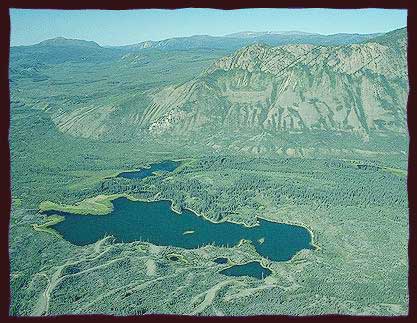 The Southern Tutchone name for this mountain, Mänän Ts’etsay Dhǟl, can be partially translated as “Crying Mountain”. It is sometimes referred to in English as “Cry Mountain”. In one version of the story associated with this mountain, a man died while hunting there. He had become stranded on the mountain and was unable to get down.

This is a prominent mountain in the Nordenskiold Valley. A trail leads around it to Sí Mǟn (Ochre Lake), and the lake called Jedè’òla is located at its base. It has long been a favoured hunting area.

The English name was given by D.D. Cairnes of the Geological Survey of Canada. He named the mountain after Stanley Tom Vowles of the Northwest Mounted Police, who spent most of his career, 1904-8, in this area.