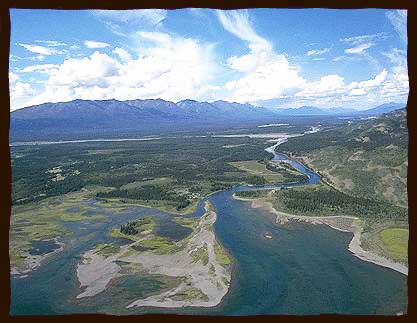 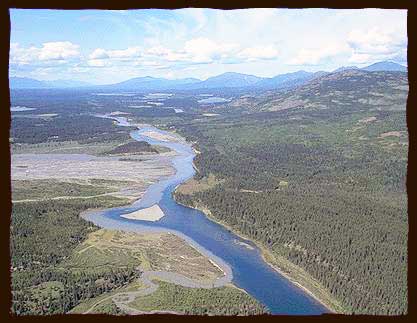 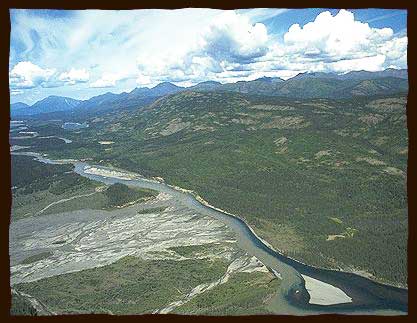 This river is used to travel to meat camps in the south and to the Donjek River in the west. About eight kilometres from Burwash is a flood plain called ‘Duke Meadows’. There are many gophers here.

In the 1940’s archaeologists found the remains of many houses in Duke Meadows. There was one group of four houses and another group of six houses, and there were ruins of houses stretching along an old channel. Tree ring evidence shows that this large community was inhabited in the middle of the last century. It is not known when it was established or when it was abandoned. No one knows who lived there. A single glass bead and a piece of glass bottle show trade with Europeans or Russians. Some floors had ten inches of silt deposit which is evidence for flooding.