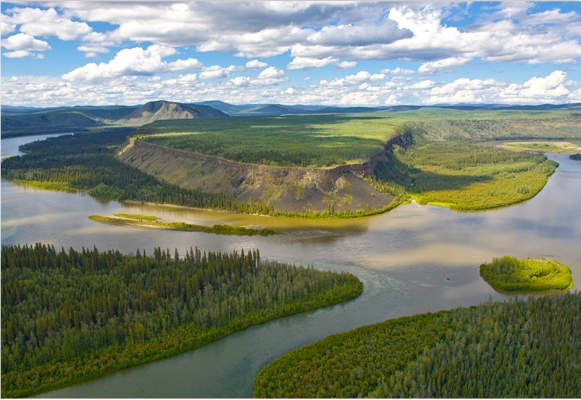 Junction of the Pelly and Yukon Rivers – Junction of the Pelly River and the Yukon River, an area traditionally used by members of the Selkirk First Nation. The wide basalt bluff in the foreground is known as both Mäk Lé and Mälé in Northern Tutchone, and was noted in the journals of the early explorer Robert Campbell, who established the first Fort Selkirk at this location 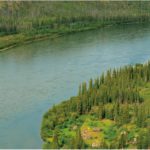 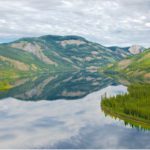